CKI Around the World: Caribbean 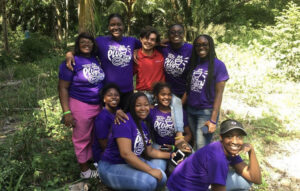 Difference. It’s such an interesting word — and a very important word. The Caribbean District is made up of 31 clubs from six countries. That creates a lot of difference: six dialects, six cultures, six ways of life and in some instances, six language differences.

We use these differences to create the district we all know and love.

In the Caribbean District, we also had to learn how to serve our communities. That may sound a bit odd, but with the varying service atmospheres throughout the six countries, there is a need to tailor each project or event to its area. After all, our goal is to incorporate every island in our work — to ensure that we all feel included.

In fact, we had to find unique ways to participate in some service initiatives. For example, WASH fundraisers: Instead of making a financial donation to the cause, we promoted the initiative by having projects based on water, sanitation and hygiene. One of the most memorable was a project by the University of the Commonwealth Caribbean, which donated a water tank to a school without running water.

Though the negative effects of COVID-19 will be felt for years to come, the positive effect on the Caribbean District will never be forgotten. We found a way to make Zoom meetings engaging and informative — and fun! With interdivisional pairings, Kiwanis family rallies and nights filled with “CKI Jeopardy!” we started to interact in ways we hadn’t known were possible. Now we’re transitioning out of the online era, but we will never go back to the days when all events are face-to-face.

The Caribbean District really tries to highlight all member countries. Last year we started a regional integration task force to highlight and utilize each country’s differences while celebrating its heritage and independence. One result was the initiation of “independence celebrations,” with the added educational value of trivia contests and social interaction.

Though we are six islands, separated by sandy beaches and beautiful blue water, the Caribbean Sea is not enough to keep us away from each other. We have been able to form special bonds, make meaningful connections and, most importantly, serve our communities together. That’s what makes us the Caribbean District!